Establish Your Faith in the Higher Truths 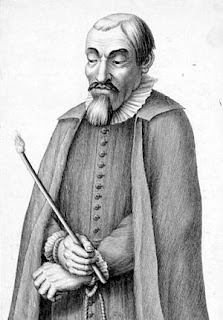 The sooner we establish ourselves by a strong unwavering faith in those general religious truths, which, occupying a higher position, sweep over and control particular and subordinate cases, the better it will be for us. Being thus established, the mind is at once placed in a position of hope and strength, and is relieved from a multitude of perplexities. When human reasonings have become consolidated in firm faith, the soul is not only relieved from assaults and perplexities from below, but seems to have power, such as it could not otherwise have, with that which is above. On such a soul the love of God, in particular, seems to be gently but richly shed abroad and infused from on high, instead of being laboriously wrought out and forced upward from beneath. No longer continually wearied with efforts originating in itself; but reposing in childlike quietness, of which faith is the true parent, it is purified and refreshed with the dews of divine grace unceasingly descending.

“The ship’s navigation ceases,” says a certain writer, “when it enters the port. Thus the soul, after the fatigue of MEDITATION, [a word which he uses as synonymous with perceptive and reasoning acts,] finding itself in the calm of CONTEMPLATION, a state of mind resulting from the highest faith, ought to quit all its own reasonings, and remain peaceful and silent with its eye fixed simply and affectionately upon God.” [Molinos, Introduction to the Spiritual Guide.] A state, which, in being closely united to God, is separated from all entangling alliances with that, which is not God; and which is followed by a sweet and peaceful rest, such as a condition of doubts and fears can never be acquainted with.