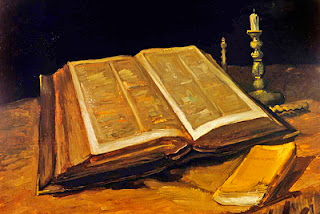 As Christians, we believe in the Bible; as believers in the Bible, we believe in the God of the Bible; as believers in the God of the Bible, we not only believe in all it affirms of God’s character, but in all it affirms of God’s promises. God, in connection with the great Atonement accomplished in the person and sufferings of his Son, an event in his moral administration, which authorized him to speak mercifully as well as truly and wisely, has at last spoken to men in terms of consolation and support which he could not otherwise have employed; and his word is unchangeable as its author. Here is a basis of faith, broad, ample, unalterable, meeting in its utmost extent all the multiplied exigencies of our nature. Hence the declaration of the Apostle Paul, who fully and freely acknowledged the conscience and the light of heathenism, such as it is, that the Jews had greatly the advantage over the heathen; “chiefly because that unto them were committed the oracles of God.” It is the God of the Bible, the God and Father of our Lord Jesus Christ, the God of the promises, the God who has declared that he will be all and every thing to man on the mere condition of being believed in, that furnishes the strong ground of the Christian’s belief, in distinction from, and above every other ground of belief. In condescension to our weakness, he goes into particulars; he illustrates by his statements man’s situation and trials, so that man can the better understand them himself; and by a multitude of specific declarations, beautiful in the expression as they are desirable and effective in their application, takes upon himself the responsibility of giving wisdom in every emergency, and of sustaining in the discharge of every duty.

It is one of the great offices of faith to lay hold of the Promises; and to apply them promptly and effectively on the occasions, in which they were intended to apply. Many an hour of grief has been consoled; many a purpose of renovated life and action has been confirmed; many a temptation has been resisted and overthrown; many a struggling hope of possessing a sanctified heart has been established by faith acting on the promises. 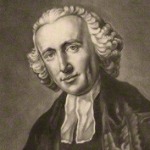 How strong are the arguments, (says Mr. Romaine in his interesting Treatise on the Life of Faith,)


to persuade the heirs of promise, to put their whole trust and confidence, in the faithfulness of their God! who, having provided an infinitely glorious and everlasting inheritance for them, was willing to make it over to them in the strongest manner of conveyance; and, therefore, he has given them the promise and the oath of God, which cannot possibly change or alter, that their faith might never doubt or waver, and their hope might at all times be sure and steadfast. And until he bring them to the inheritance itself, he has given them many sweet and blessed promises of all things needful for their temporal and spiritual estate, upon which he would have them not only to live comfortably at present, but also to receive them as part of the inheritance allowed them for their maintenance, till they come to age, and enter upon the possession of the whole. And what God intended in his promise and oath, has its effects in a good degree among those who have the word of God abiding in them. They cast their anchor where he commands them, and they are not only safe, but also in time of the greatest troubles and temptations, have strong consolation. When enemies come, corruptions arise and difficulties are in the way; they have a promise, and a promise-keeping God to depend upon. Whatever straights they are in, the word abiding in them brings some promise of support and deliverance: the promise shows what God has engaged to do, and faith receives the fulfilling of his engagements. When they draw nigh to God in duties in ordinances, they know what he has promised to them that wait upon him, and they judge him faithful who hath promised; and lo, he is present with them. In short, while they live like themselves, as the heirs of promise, they are preserved from all evil, and want no manner of thing that is good. This is their happy case, thrice happy, because the means used to deprive them of their happiness, are overruled of God for the establishing it. The enemy rages against them, but in vain.